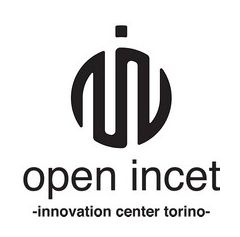 Yesterday the School4Good  project has started. It is aimed at teachers and students of the Avogadro Institute of Turin and it is created by Fondazione Giacomo Brodolini, Hackability and Izmade, with the support of the CRT Foundation.

Three workshops to acquire social awareness, ability to do and tell. An electric bike prototype will be created with reused materials and low cost objects able to support people with disabilities in everyday life.

Event based on Welfare

Monday 17th of February  there will be a free meeting organized by Conform s.r.l. on the concept of WELFARE AZIENDALE, a theme that can find ample space for development thanks to incentives of sure interest for companies. Information will also be shared on a call for proposals on the planning and activation of interventions promoted directly by the Piedmont Region.

On thursday 6 February 2020 we will host the launch event of the “PINS Piemonte Innovazione per il Sociale” project, which intends to encourage the development of a system of public, private and third sector actors capable of activating and implementing innovative interventions characterized by capacity to respond to social needs also thanks to the use of cutting-edge technological solutions. It will be an opportunity to present the activities of the PROJECT and the soon-to-be-opened CALL addressed to social bodies and innovators, whose selected ones will have the opportunity to benefit from a personalized training and consultancy path for the development of their innovative project. The project is carried out under WE.CA.RE Measure FSE2, co-financed with POR FSE and FESR 2014-2020, by Il Nodo cscs, Ping scs, CICSENE, Higher Technical Institute Foundation for Information Technologies and of Communication and in collaboration and network with Make a Cube³, Torino Wireless, Confcooperative Piemonte, Confcooperative Piemonte Nord and Confcooperative Cuneo. More information on https://pins-piemonte.it/ Confirmation of participation at ilnodo@confpiemontenord.coop is welcome

Four years after the European Capital of Innovation award (second after Amsterdam ahead of Milan and Paris), Turin is a finalist for the European “EIC Horizon Prize ‘Blockchains for social good'” award: it competes with 22 other candidates for one of the 5 awards from 1 million Euros. The finalist project is called ‘CommonsHood’, developed by the University of Turin together with the citizens of the collaboration agreements born from the common goods regulation, within the social inclusion plan, the network of houses in the neighborhood, the Turin Voluntary Association – Vol. .To, and institutions like ASCOM and VisitPiemonte, as well as some realities of solidarity in Athens, Greece. CommonsHood’s goal is to offer the community a Blockchain platform to support the local economy: a platform based on an app that acts as a wallet containing different types of ‘tokens’.

“CommonsHood is a wallet app that not only allows you to exchange the coins (called tokens) that live on the Blockchain” – says Professor Guido Boella, project coordinator and Director of the Computer Science Department of the University of Turin – “but also allows anyone to create new types of these tokens. These digital tokens represent local financial instruments, such as crowdfunding proposals, marketing tools such as prepaid cards, cashback, group buying, points and discount coupons, but also real complementary coins, or they represent digital certificates and receipts and ‘digital collectibles’ . It is therefore not about global speculative tools like Bitcoin and other ‘cryptocurrencies’, but about financial inclusion tools to support the community and are managed locally. We want to make this type of tool more democratic by enabling everyone to create it. This is what we mean when we talk about the Blockchain’s ability to eliminate intermediaries “.

“Our goal is to launch a technological revolution comparable to that produced by Web 2.0” – says Claudio Schifanella, researcher at the head of the working group of the Department of Computer Science – “which allowed anyone to publish multimedia content on the Internet without having technical skills . Similarly, CommonsHood allows everyone to create cryptographic tokens through a simple app, without knowing anything about Blockchain technology and without having programming skills, and using them for their own purposes. The CommonsHood app is integrated with our local civic social network FirstLife, based on an interactive city map. ”

To “launch” the nomination for the final and show that the CommonsHood project is actually a common good of the territory (in addition to being open source), in the presence of the Mayor, Deputy Mayor, Councilor for Innovation and the Rector of the University, University of Turin and Municipality with Torino Social Impact are organizing a morning of presentation and discussion on how Blockchain technology can have a social impact and how it can innovate the ICT industry in the area, at the Open Innovation center of the City of Turin in Piazza Teresa Noce, 17 on 5 February at 8.30 am.

The various experiments of CommonsHood will be presented, starting from the distribution of almost 400,000 € of the Solidarity Purchase Networks project of the Social Inclusion Plan to about 1,000 families and people in difficulty using the app as a “social purse”, and the various European and Regional projects who funded the University in the development of Blockchain technologies (Co-City, CO3, ge.CO, Blinc, Pinin and Tech4Milk), as well as entrepreneurial experiences on the Blockchain and the Torino Wireless observatory on the subject.

There will be the opportunity to experience the “wallet app”, before the event, because to enter the event after registering online you will need a special token on your wallet app.

Open Incet on display at OGR

Open Incet is on display at the OGR in Turin inside Nub, new Urban Body.

Nub is a traveling exhibition that tells of new ways of living, working, meeting and using services that reflect the evolution of the city towards new forms of multifunctional urban organisms that, as autonomous parts of a single body, respond flexibly and adaptively to everyone’s need to build their own daily schedule, taking advantage of everything the city has to offer. Open Incet fully responds to the description, representing an important result of urban regeneration and an urban laboratory of open innovation.

The first phase of the project to create an interactive portal dedicated to the districts of Aurora and Barriera di Milano has ended. The websites that can be visited at the addresses http://www.vivoinaurora.it and http://www.vivoinbarriera.it constitute the first step for the creation of a “community media”, of a virtual instrument (a portal for the territory barrier of milan and aurora) which serves to gather all the events and all the realities that operate here. The other goal as a community media is that it is also a tool for all associations in the area, even the smallest, to improve collaboration and cooperation.

On Saturday 18 January we will present the results in the multipurpose room of District 6 in the rooms adjacent to the Primo Levi Library, in the presence of the presidents of Circumscriptions 6 and 7, Carlotta Salerno and Gianluca Deri. PROGRAM 11.00 institutional greetings 11.15 presentation of the results of the project 11.45 am illustration of the vivoin.it community portal followed by small zero kilometer refreshments  with local products.

Open Incet – Open Innovation Center Turin, in collaboration with the Giacomo Brodolini Foundation and its partners, launches a Call to recruit managers and managers of human resources from social enterprises and organizations active in the third sector.

Interested parties will participate in a free one-day pilot training course on issues related to Diversity & Inclusion (D&I) and human resource management within their organization. The activity is promoted within the SENSENET project, funded by the European Commission through the Erasmus + program.

SENSENET is an Erasmus + project in which the Giacomo Brodolini Foundation participates as an Italian partner of the Consortium. The project aims to create a learning network model to support managers and HR of social economy companies, to face the challenges in recruiting, welcoming and maintaining vulnerable people within their organization. In addition to Italy, 6 other organizations from Denmark, France, Portugal and Romania are involved within the project.

We are looking for 25 managers and human resources managers of social enterprises and organizations active in the third sector and in the Social Economy who have at least 5 employees.

A share of 20% of the positions is dedicated to young entrepreneurs who have started a startup or a company in the field of social innovation.

The Call is also open to trainers active in the Third Sector interested in D&I issues.

The selected beneficiaries will have the opportunity to participate in a pilot training day, which will concern a selection of the contents related to the training course offered by SENSENET

Participants will also have the opportunity to know and test the Performance Assessment Tool developed by the SENSENET project and accessible for free online, for a self-assessment on personal training needs in the Diversity & Inclusion area.

The complete course, available online from the second half of 2020 on a dedicated platform, will consist of 6 teaching modules, for a total of 60 hours of online training and will be administered in blended learning mode.

The activities will allow participants to get in touch with the transnational network created through project activities and international opportunities.

Participants will be asked to sign a declaration of commitment to guarantee their willingness to participate in all the activities included in the program.

Participants will also be able to take advantage of a discount on the registration fee to participate in the 10th edition of the Master in Diversity Management and Gender Equality, organized by the Brodolini Foundation.

To participate in the selection, it is necessary to fill in the application form which can be downloaded from the address fondazionebrodolini/Sensenetcall and send it to the email address info@openincet.it, quoting in the subject of the message “Call for SENSENET Pilot Testing” by 24.00 on 15th January 2020 .

The curriculum vitae has to be attached to the application form:

The selection of participants will be based on the materials sent. In some cases, the selection committee may request an interview via Skype.

The people who will be selected will receive confirmation by e-mail by 20 January 2020.

For further information write an email at info@openincet.it

On Friday 13 and Saturday 14 December, Open Incet will host an event linked to the digiTALL project, created by APID Imprenditorialità Donna together with the IF Committee of the Turin Chamber of Commerce. The goal is to provide new tools to young women linked to STEM careers:

The project is developed in 3 phases in which a series of activities related to PID-Punto Impresa Digitale of the Turin Chamber of Commerce and DD-Donne Digitali (pilot project) will be carried out:

The focus will be on the digital transformation of the female enterprise, made possible thanks to meetings and project work that will be the starting point for the Digital Mentoring set by the PID, which will provide support to the design phase.

The workshop shared successful practices with the help of two key figures from the City of Rotterdam, and it engaged participants in applying the principles behind the practices in their organisational context.